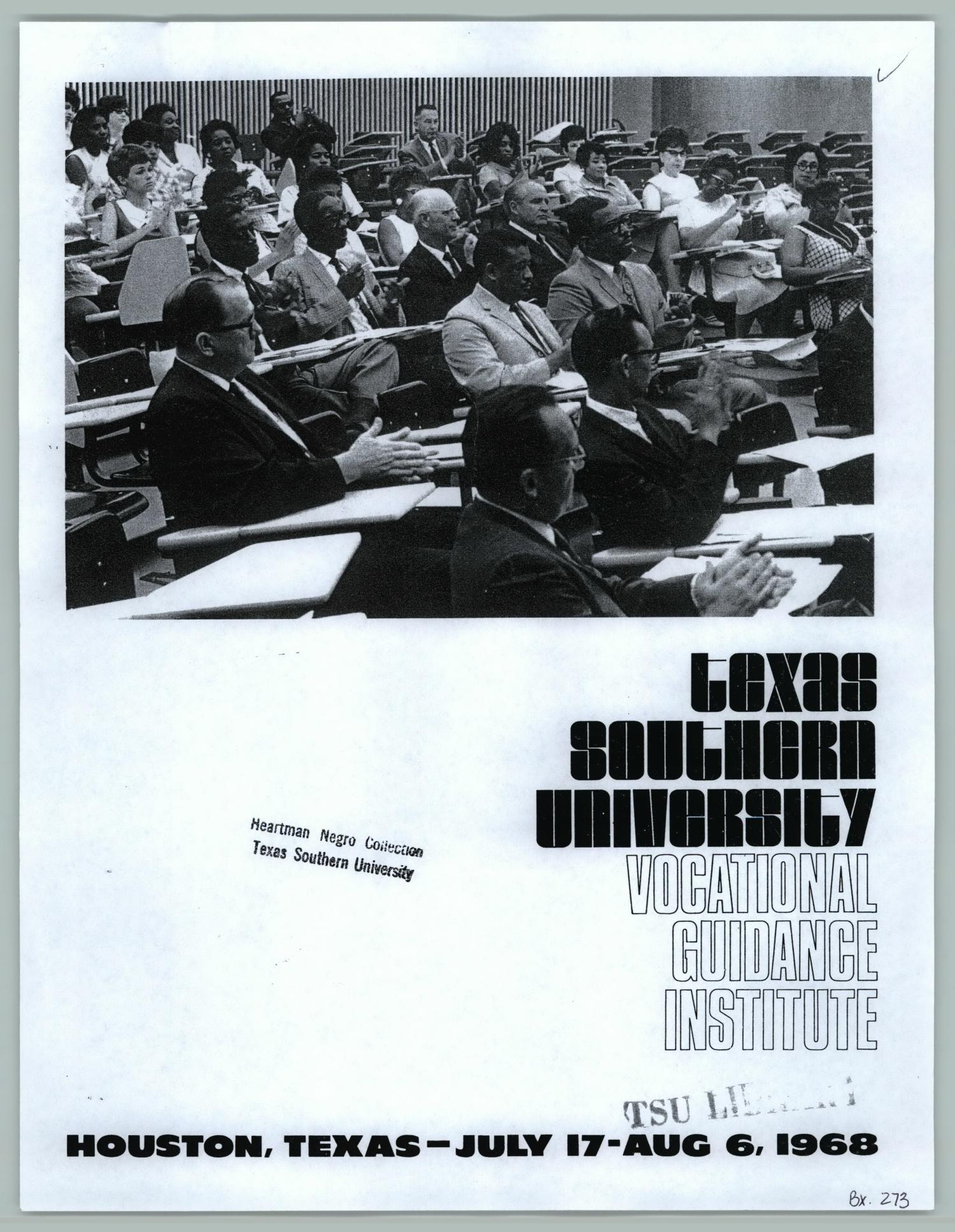 Much like other historically Black colleges and universities, Texas Southern University is an institution that faced many challenges and triumphs while taking several forms since the opening of its doors as the Houston Colored Junior College. On September 14, 1927, the Houston Public School Board financially supported the creation of two junior colleges, one for whites and one for Blacks. Under the supervision of the Houston School District, the Houston Colored Junior College enrolled its first 300 students, mostly teachers and other full-time workers.[1] It continued with 80 students during its second semester.[2] Some evidence suggests that these students were enrolled solely in primary, secondary, and industrial education divisions. 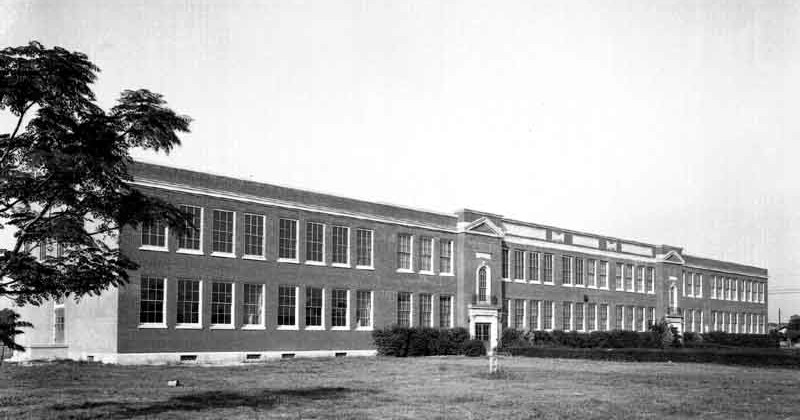 With the educational limits imposed on Black institutions during this time, advocates for Black education continued to pursue further development. For the next four years, the Colored Junior College gained immense support, becoming a member of the Association of Colleges and Secondary Schools, and growing to a student population of over 700.[3] By 1934, the campus set its sights on becoming a four-year college. This traction triggered the need for a larger campus and graduate program. In one short year, the junior college achieved some of its goals, officially becoming a four-year college, and was renamed the Houston College for Negroes. 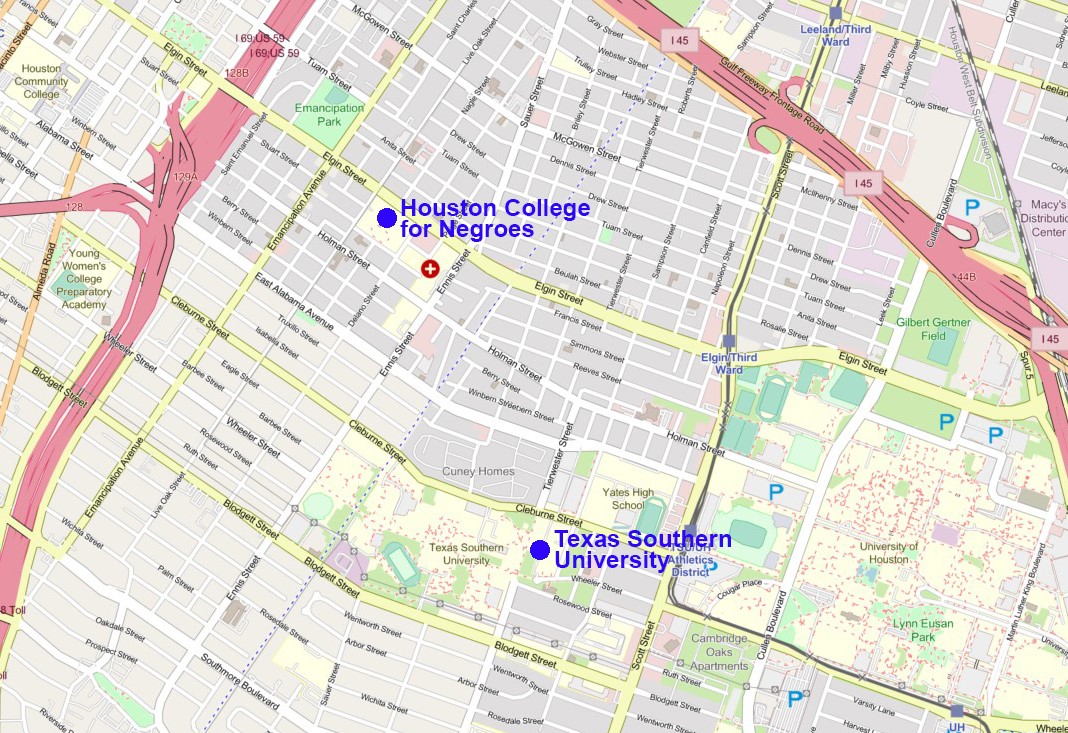 Despite the severed relationship between the Houston Independent School District, the college continued to run successfully in the Jack Yates High School until 1946.[4] Then, like the fundraising initiatives made by Paul Quinn College and its “ten cents a brick” campaign, the Houston College for Negros sought the help from the local community, including local philanthropist Hugh Roy Cullen. He would help obtain a 53-acre plot of land southeast of downtown Houston in the Third Ward, not far from the Jack Yates High School campus.[5] Other large donors, such as T. M. Fairchild, the Dupree Family, and the collective African American community, combined their money and resources to help raise enough funds for the first building on the new campus. The new T. M. Fairchild Building debuted in the fall of 1946 and is still fully functioning on the university campus today.[6]

This need for vaster education in African American institutions would become more prevalent after a Wiley College graduate, Heman M. Sweatt, filed a lawsuit against the University of Texas (UT). Under the premise of “separate but equal” doctrine, the Texas Legislature approved Senate Bill 140 on March 3, 1947, which provided for the creation of a Black law school in Houston that would become the “equivalent” of the University of Texas in Austin.[7] The Houston College for Negroes became the Texas State University for Negroes, a hopeful step in the right direction against the long-lasting struggle for Black human rights in Texas education. For the first time in history, Texans could find comparable curriculums in white and African American higher education institutions. With just one permanent building, the Texas State University for Negroes adopted a wide range of highly anticipated programs, including “pharmacy, dentistry, arts and sciences, journalism, education, literature, law, and medicine.”[8] It was considered an equivalent to the University of Texas at Austin. After Sweatt was denied admission to UT’s law school, with the support of the National Association for the Advancement of Colored People (NAACP), they fought against this denial, as they were not satisfied with the “separate but equal” doctrine. The United States Supreme Court ruled in June 1950 that Black law students were not being offered substantial equality in educational opportunities, therefore, Sweatt could not receive an equal education in a separate Black law school. This verdict overturned the university’s race-based decision, which resulted in the desegregation of the UT law school and with Sweatt being registered at the UT law school in 1950.[9] 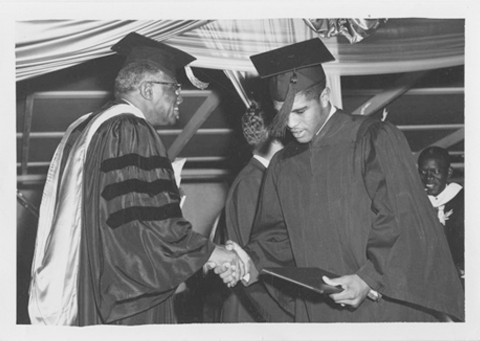 However, this new name did not last long after several students petitioned the state legislature to remove the phrase “for Negroes.”[10] By 1951, the institution was named Texas Southern University (TSU).

During this transition, TSU became a designated university for urban programming by the 63rd Legislature and added more academic units such as “the College for Education, the School of Public Affairs, and the School of Communications at Weekend College.”[11] Over the next few decades, TSU continued expanding its educational offerings to bachelor’s, master’s, and doctoral degrees. Today, they aim to help promote students into “lifelong learners, engaged citizens, and creative leaders in their local, national, and global communities.”[12] With a faculty of 1,000 and a population of more than 9,500 students from all ethnic and cultural backgrounds, TSU continues to thrive as one of the nation’s largest historically Black universities.[13]

For citations used for this webpage: Texas Southern University citations.