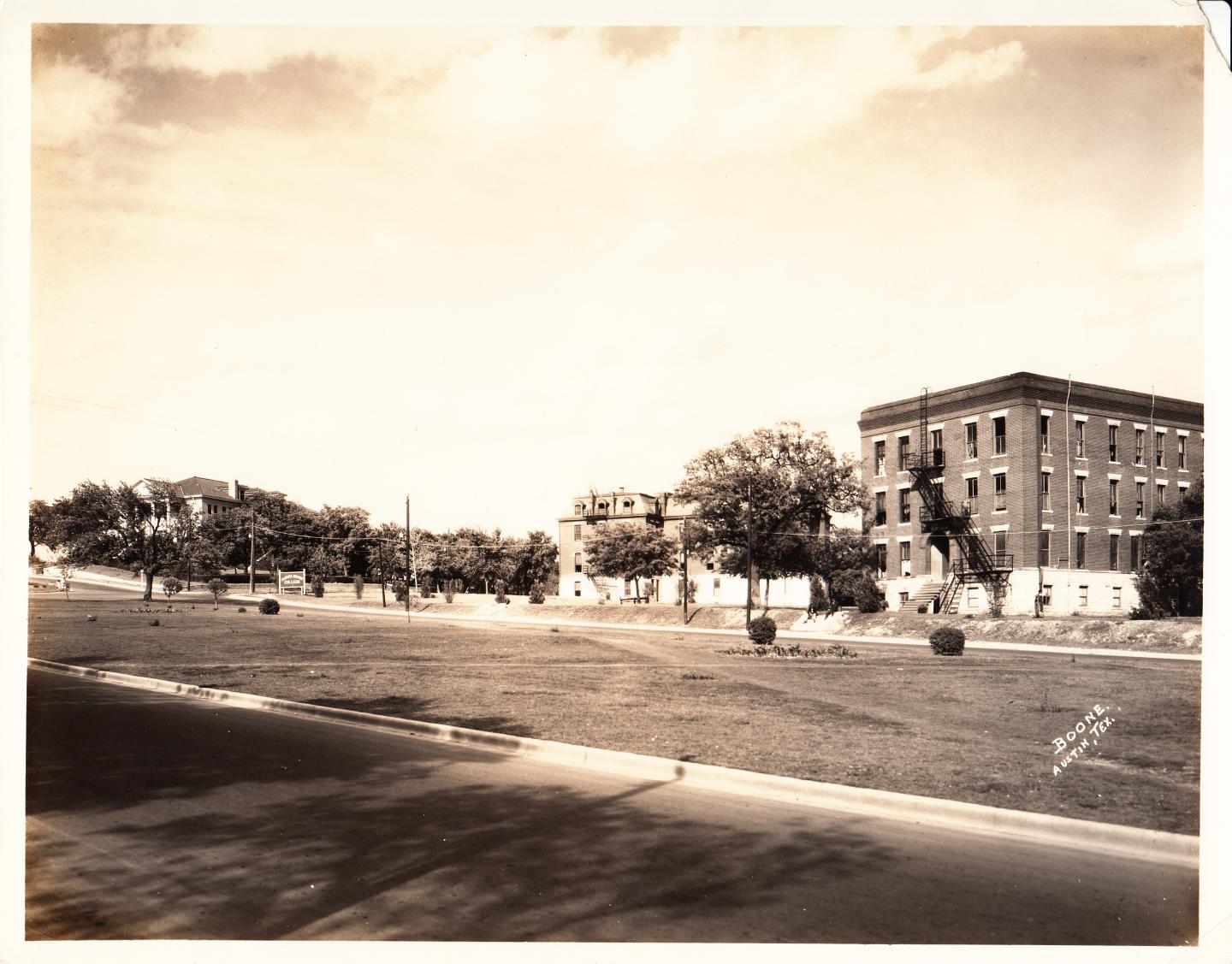 Reverend George W. Richardson’s first vision of an African American college came in 1876. Eventually becoming known as Samuel Huston College, Richardson’s idea came to fruition in the basement of St. Paul Methodist Episcopal Church in Dallas, Texas.[1] Reverend Richardson was a Methodist minister from Minnesota who believed in the power of education for all African Americans, especially inner-city youth. The year 1878 proved to be a pathbreaking one for the school, as it would officially relocate to Austin, Texas, and be adopted into the West Texas Conference of the Methodist Episcopal Church.[2] Through this adoption, the campus undertook the name Andrews Normal College to honor its newest church leader.[3] It would successfully run from Wesley United Methodist Church while its founders devised a plan to obtain more land. 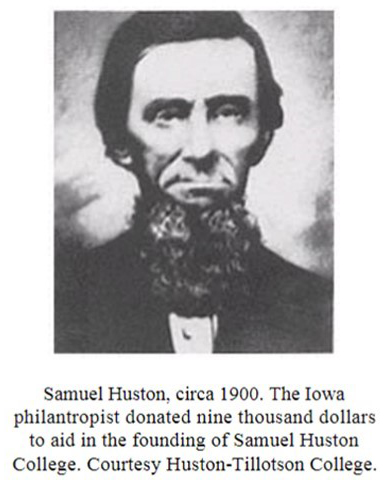 This college's accumulation of land and resources came together through collective efforts. In 1882, Dr. Richard Rust, secretary of the Freedmen's Aid Society, purchased six acres of land for the school at the intersection of College Avenue and East Avenue in Austin, Texas, resting about one mile west of the Tillotson College campus.[4] Some years later, Samuel Huston, a farmer from Marengo, Iowa, donated a maturing note, farm, and 460 acres of land worth an estimated $9,000 to support the construction of the school.[5] Construction of a one-story building started in 1898. Because of Huston’s contributions, the school would bear his name and officially open its doors as Samuel Huston College to a class of 80 students in November 1900.[6] H. S. White of Romero, Michigan, helped jump-start the educational curriculum with a five-hundred-volume library.[7] 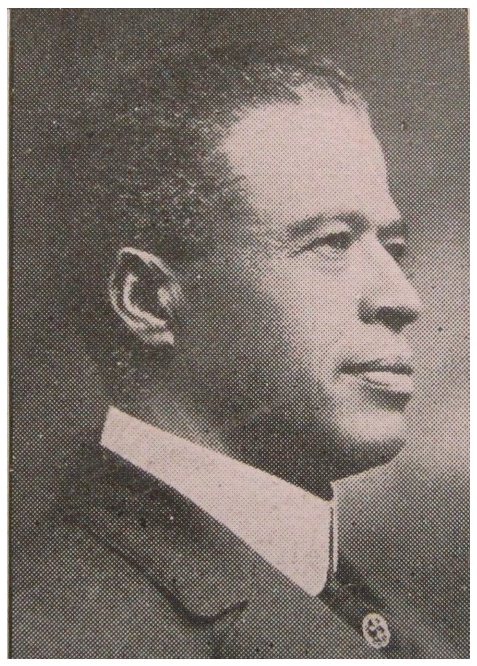 Under its first president, Reuben S. Lovinggood (seen right), Samuel Huston College offered elementary through college education, music programs, housekeeping training, blacksmithing, teaching, preaching, sewing, cooking, printing, and agricultural activity.[8] They also offered Bible and missionary work, an aspect that emphasized its Christian foundation. In 1905, the college had an estimated enrollment of 419 African American men, women, and children, steadily climbing by another one hundred students in the next year.[9] By 1910, Samuel Huston College was chartered as a private educational corporation under Texas regulations.[10] The Texas Department of Education approved the campus as a senior college and was accredited by the Southern Association of Colleges and Schools in 1934.[11] Finally, on December 14, 1951, the Southern Association of Colleges and Schools approved Samuel Huston College as a four-year institution.[12]

Despite the college's success as an educational opportunity for many African Americans in central Texas, the school suffered from periods of insufficient material and financial resources. Similarly, Tillotson College, a fellow HBCU located near the Samuel Huston campus, experienced deficits in its needs. The idea of merging these two institutions floated around for years. However, it was not until January 1952 that official talks and plans to combine these two institutions came to fruition with the merge of the two entities becoming Huston-Tillotson College.[13]

For citations used for this webpage: Samuel Huston College citations.