Establishment of HBCUs in Texas

Throughout much of the 19th and 20th centuries, educational opportunities for African Americans were sporadic and unreliable, especially in Texas and other Southern states. At the Civil War's end, most Black Texans faced a lack of social, political, and economic equality, despite the abolition of slavery. This disparity became clearer during the era of Reconstruction, when most white Texans explicitly denied opportunities to African Americans, relegating them to segregated, second-class citizen status. When the American Missionary Association (AMA) and the Baptist Home Mission Society first inhabited the South in the late 1860s, “they had a common goal – to establish colleges and universities for the freedmen... to uplift the ex-slaves by training ministers and teachers who would then go out and spread the benefits of Christianity and education to their race.”[1]

As a result, Black colleges were equipped to provide elementary, intermediate or grammar, secondary, and college-level education for the first few years. Some standard courses included Latin, Greek, literature, mathematics, and science courses. Unfortunately, although many African Americans considered these courses desirable, “southern and northern whites worked to undermine the efforts of the northern missionaries and to control the future of Negro education.”[2] The most significant reason was that “the vast majority of freedmen were completely illiterate,” making it “foolish” to offer classical education to them.[3] As a result, the demand for college-level courses was low. The attention at this time shifted to replacing classical higher education with vocational and industrial training that would create a skilled, cheap labor force.[4] However, vocational training helped to sustain the colleges as it provided food for staff and students, constructed buildings and furniture, and provided maintenance for the schools. By 1915, vocational education shifted to more formal high school and college-level education. By the mid-1920s, most schools dropped elementary and high school classes, leaving only college programs in place.

Despite the systematic oppression placed upon African Americans, they approached the few educational opportunities with resilience and eagerness, centering most of their post-war efforts on setting up accessible schools. The United States Congress organized the Freedmen's Bureau in 1865 implement social change for African Americans. This temporary agency sought to “provide relief to the thousands of refugees, Black and White... to supervise affairs related to newly freed slaves in southern states; and to administer all land abandoned by Confederates or confiscated from them during the war."[5] The Bureau believed that “the two keys to providing long-term protection for freedmen and promoting peace and goodwill were the establishment of a free agricultural labor system and the founding of good schools for freedmen.”[6] The Bureau supervised schools offering classes from elementary through college level education. After developing a close relationship with Northern missionary societies, the Bureau opened sixteen schools for African Americans by the end of 1865. By May 1866, the Bureau established more than 100 schools.[7] The population of Black students peaked in 1871 with 4,478 enrolled students in 88 schools across Texas.[8]

Unfortunately, this progress was not well received, especially by Texas lawmakers vehemently opposed to supplying education to Black Americans. This injustice is best reflected in the Texas Constitution of 1866, when "laws were written barring Blacks from voting, holding public office, and serving on juries."[9] Also, "laws segregating public facilities, such as railroad cars, theaters, restaurants, and hotels, also appeared."[10] The same sentiments applied to education, as most white Texans were against the integration of African Americans into public schools. Racist beliefs, such as intellectual inferiority, perpetuated the idea that "providing higher education to the former slaves was a waste of the state's resources."[11] Some feared African Americans achieving education, assuming they would stop supplying cheap agricultural and industrial labor, and eventually encourage "discontent and rebellion."[12]

Much like the Freedmen's Bureau, the AMA and the American Baptist Home Mission Society prevailed in the fight for Black education. The AMA was primarily responsible for supplying teachers to these newly founded institutions, many of them coming from Northern states. Eventually, Southern whites and educated African Americans were brought in to help strengthen school curriculum. However, the Southern white population did not fully agree with this and grew "alarmed by mandatory acceptance of African Americans in state politics."[13] As a result, they "vehemently opposed the Freedmen's Bureau and exhibited their resentment by burning schools and intimidating missionary teachers."[14] It is essential to note that this attitude was not unanimous in Texas. Nonetheless, white Americans kept a stronghold over the trajectory of Black education, as they were the leaders and establishers of most existing Black institutions.

In 1870, the Reconstruction legislature officially ended segregation, creating a single educational system in Texas for all children. Despite this pathbreaking step towards social justice, the state legislature repealed most of the laws by 1875. Eventually, the Constitution of 1876 "reestablished the segregation of races."[15] By 1878, however, the creation of Historically Black Colleges and Universities (HBCUs) began to appear. The first Black college established in Texas was Paul Quinn College, founded in Austin in 1872. Then, Wiley College, Tillotson Collegiate and Normal Institute, and Prairie View State Normal School soon followed. African Americans would persist in their fight to gain educational, economic, and societal success by establishing HBCUs. To organize, African Americans began attending Black state conventions to express their needs and opinions on how to best shape educational policies in their communities.

The need for these conventions stemmed from the lack of a Black presence in these institutions. Although the Black community “appreciated the monetary and physical sacrifices of white denominations,” they felt it was time for Black institutions to get Black leadership.[16] Unfortunately, many white missionary leaders refused to relinquish control of their schools, believing “blacks were not mature enough to administer institutions of higher education.”[17] Although white missionaries did not outright silence the idea of transitioning from white to Black leadership, they felt this change should evolve slowly until Blacks developed a more “orderly, measured manner.”[18] Still, the Black community advocated for themselves. They looked to several other Black denominations, such as the African Methodist Episcopal Church (AME), as models of success. By the 1880s and 1890s, the AME founded several Black colleges and secondary and elementary schools in Texas, such as Paul Quinn College.[19] 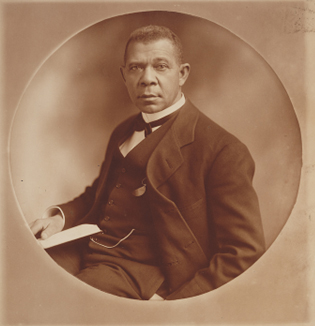 White involvement in the educational curriculum at Black colleges in Texas spearheaded several periods of transformation and controversy between 1872 and 1954. According to Michael Heintze, author of Private Black Colleges in Texas, 1865-1954, “the racial composition found in the staffs of the black denominational colleges in Texas reflected their founding bodies’ attitudes.”[20] Typically, colleges set up by Black religious organizations utilized Black personnel, administrators, and teachers. These institutions included Texas College, Paul Quinn College, Butler College, and Guadalupe College. These schools are known for their commitment to Black education, being some of the only institutions founded by Black Americans for Black Americans. However, since several Black colleges were founded by predominantly white religious and missionary organizations, their faculties and staff were commonly composed only of whites. Wiley College, an HBCU established in 1873, did not appoint its first Black president, Reverend Isaiah D. Scott, until 1894. The school eventually constructed an all-Black faculty by 1918.[21] 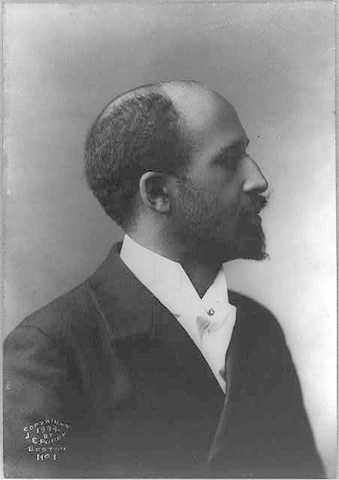 Many Black academics and northern missionary groups persisted in the fight for a well-rounded Black education, resisting the rise of vocational-only education and advocating for a dual liberal arts-vocational curriculum in most Black institutions.[22] The dichotomy between two esteemed Black educators, Booker T. Washington and W. E. B. Du Bois, reflected the rise of this ideological debate between educational curricula. Although both individuals acknowledged the value and necessity of Black colleges, they disagreed on the format of educational offerings. Washington, pictured on the above left in 1910, was the founder and president of Tuskegee Institute and believed in industrial-based education. Washington felt vocational training better suited the needs of Black Americans, so they could fully assimilate into society. On the contrary, Du Bois, pictured right in 1904, insisted on liberal arts instruction. Du Bois was a renowned scholar and social activist who defended the need for a developed group of professional Black leaders, what he referred to as the “talented tenth,” who would take on the leading responsibilities of uplifting the entire Black race.[23]

Eventually, the United States Supreme Court decision in Brown v. Board of Education (1954) "outlawed segregated education and consequently had tremendous influence on programs of education for African Americans."[24] By the mid-20th century, financial hardships continued to compromise the growth of African American schools. Despite the documented 150 institutions in Texas offering high school equivalent education for African Americans, they continued to lack adequate support and resources. Evidence of unequal funding was profound: "Texas spent an average of $3.39 or about a third less for the education of African American students than for white students."[25] Black teachers were paid significantly less than white teachers, "$91.60 a month, compared with $121.03."[26]

Despite the racial tensions in Texas during this time, it would become one of the leading states in the quest for desegregation throughout the South. The San Antonio school district, for example, became one of the first to legally desegregate following the Supreme Court's decision.[27] Two junior colleges in part of this district, including St. Philip’s College, an HBCU, and San Antonio College, began admitting white and Black students by 1955. In addition, African Americans would continue to take ownership of their education. According to the United Negro College Fund website, “today, the nation’s 106 HBCUs make up just 3% of America’s colleges and universities, yet they produce almost 20% of all African American graduates....”[28] These institutions continue to reign as pillars of faith, community, and service with the spirit of some of the greatest Black thinkers, innovators, and changemakers.

The 1947 Negro Motorist Green Book, the 1949 Travelguide, and the undated Chauffeur’s Travelers Bureau Inc. brochure listed many HBCUs across the United States. In Texas, this included:

For the background of each listed college, please click on the links above.

For citations used for this webpage: HBCUs in Texas citations

If you are interested in learning more about African American education and Historically Black Colleges and Universities, look at the Additional Resource Material link for a list of sources.

The Historically Black Colleges and Universities (HBCUs) webpages were researched and created by Daniele Rose Dixon, a 2022 Preservation Scholar intern. She is earning her Master of Arts degree in History from the University of Texas at San Antonio. She plans to become a historian, so that she can be a voice for the voiceless, uncovering the life stories of silenced and marginalized people. Daniele hopes to bring awareness to the importance of Black education and the critical legacy of African Americans as prominent innovators, change-makers, and civil rights leaders.

Below is an interactive Google Map of some Historically Black Colleges and Universities in Texas. Explore each red (extant colleges) and black (defunct colleges) pin to learn more.