At the end of the 1800s, several enterprising bridge engineers and builders developed a vernacular tradition in North Central Texas. What these men lacked in formal training they made up for with inventiveness and spirit. The bridges were cheap and utilitarian, devoid of any non-essential ornamentation. These vernacular suspension bridges, although strange to the eyes of modern engineers, played an important part in the development of the region. Unfortunately, many of these bridges fell into disrepair during and after the Great Depression. Their deteriorating remnants, as well as many more bridges that did not survive at all, remind us of the costs of poor preservation. This material is taken from extensive studies done by the Historic American Engineering Record. Sources for content and images can be downloaded here. 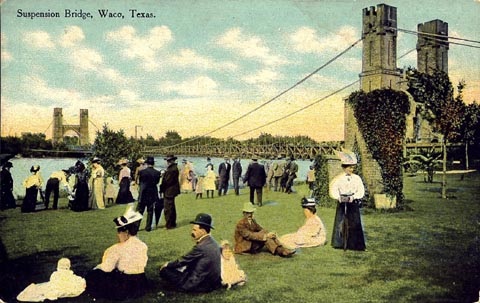 When the Waco Suspension Bridge was completed in 1869 (seen in 1911 at left), it instantly became the most recognizable structure in the rural landscape of North Texas. Edwin Elijah Runyon, a schoolteacher in nearby Denton County, was an amateur tinkerer who built lawnmowers and cotton tillers in his free time. Runyon looked to the Waco bridge when he began designing his own bridges in the 1880s. Suspension bridges were ideal for North Texas because they were easier to anchor in the Brazos’ sandy soil. They were also cheaper to construct than a bulky, prefabricated metal truss, which had to be hauled inland. Between 1888 and 1893, Runyon developed six separate bridge patents, including a unique method for hand twisting suspension cables. Runyon worked with fellow amateur William Flinn, who would go on to build the Beveridge and Clear Fork Bridges among others. Although Runyon built four to six bridges, only the Bluff Dale and Barton Creek bridges survive today.

Around Texas, others experimented with suspension bridge designs, such as at the Choctaw Creek Bridge designed by William Greer in Grayson County, as well as the Rock Church Bridge in Hood County. Runyon's partner, William Flinn, also made a name for himself in bridge engineering. 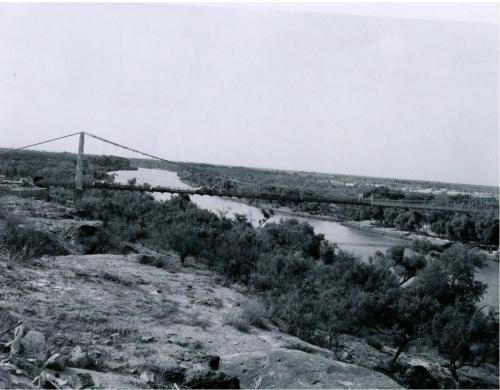 Although by no means a vernacular bridge, the Roma Suspension Bridge belongs to the Texas suspension bridge tradition. Built on a historic ferry site to link the towns of Roma, Texas and Miguel Aleman, Mexico, the bridge was one of several Rio Grande suspension bridges intended to stimulate international commerce. Trained engineer George Cole built this bridge in 1928 under the same rural site limitations as Runyon, Greer, and Flinn. 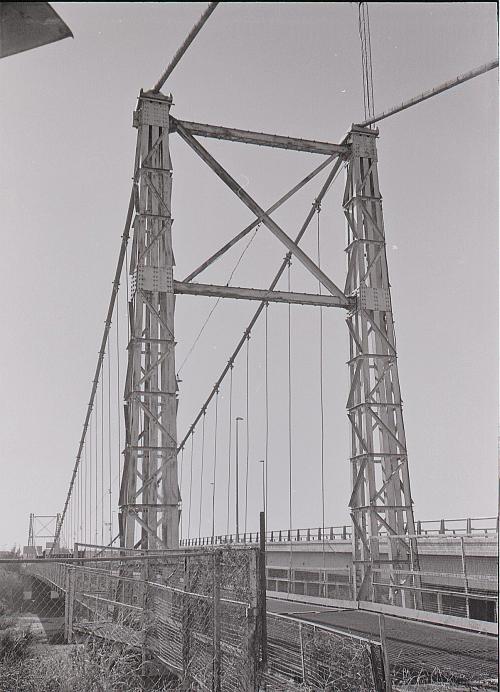 The Roma Bridge is the last surviving suspension bridge on the Rio Grande, and is in serious need of repair (it has been on Preservation Texas’ Most Endangered list since 2011). Although renovation efforts have been under way for many years, communication difficulties between the Mexican and American sides of the bridge continually delay the project. The bridge is a contributing resource to the Roma Historic District, a National Historic Landmark.