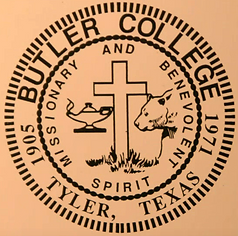 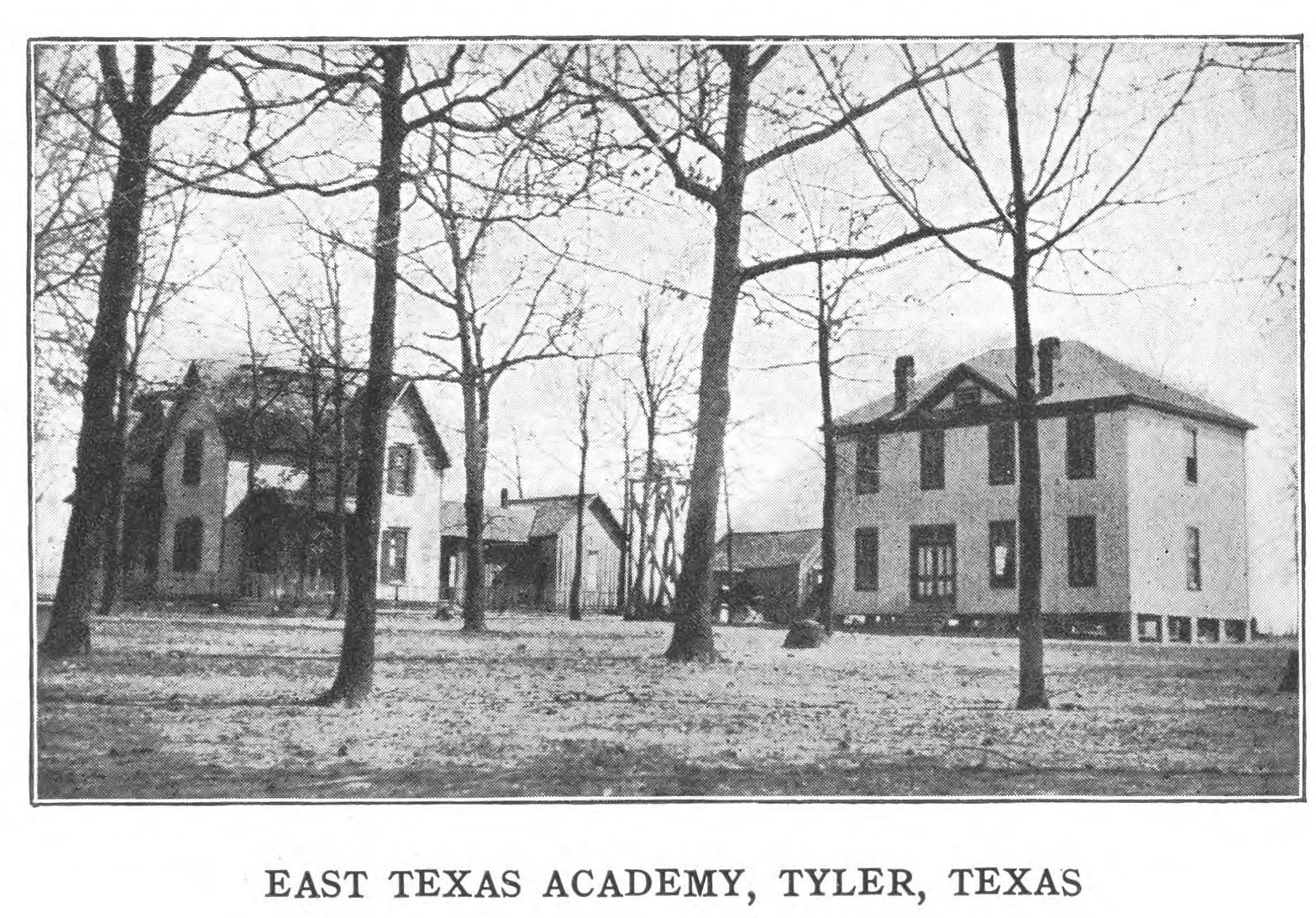 Like Guadalupe College, Butler College sprang from independent action on the part of local Black Baptists. In 1905, the East Texas Baptist Association founded Butler College in Tyler, Texas. Named initially East Texas Normal and Industrial Academy, the school offered elementary and high school courses, a few sewing classes, and a junior college curriculum.[1] By 1908, there were 41 male students and 79 female students enrolled, with two male and four Black female teachers.[2] At this time, the property was valued at $8,000.[3] Additional funds to cover annual expenses came from the support of local churches.

Reverend Cornelius Moses Butler, a moderator of the East Texas Baptist Association, served as the school's first president. Reverend Butler understood the struggle to obtain education firsthand. He was born into slavery and remained in bondage until he was seventeen.[4] Encouraged by his wife, Reverend Butler pursued education as a free man, learning reading, writing, and mathematics. As a result, he earned a high school diploma and a bachelor's degree from Bishop College in Marshall, Texas.[5] With this newfound passion for learning, Reverend Butler dedicated himself to the perpetuation of academics for all African Americans. He oversaw the college for nineteen years, until his death in 1924.

The college established itself as a junior college in the 1920s. During the Great Depression, Butler College received financial assistance from the Texas Baptist Convention in exchange for partial ownership.[6] Shortly after World War II, the college added more educational offerings, such as vocational tailoring courses, photography, and secretarial science. The development of these courses was to help war veterans.[7] In a brief time, Butler College had a thirty-three-acre campus, equipped with eleven buildings and a 103-acre farm on the Tyler-Kilgore Highway.[8] The growth of the campus was reflected in its enrollment, educating 361 students in just one year. By 1949, the school was approved by the State of Texas as an accredited four-year liberal arts college.

The year 1951 proved to be one of the most successful years for Butler. By this time, the campus had thirteen buildings, three dormitories, and an enrollment of 400 students.[9] Like all other Historically Black Colleges and Universities, Butler College supplied quality education to thousands of students who otherwise would not have the opportunity to learn. From the 1960s onwards, however, Butler College experienced a significant decline in student enrollment, educating only 58 students by 1968.[10] As a result, Kilgore Junior College students were bussed to the Butler campus. The college cooperated with Bishop College, which regularly transitioned graduates to Butler's campus. In addition, partial ownership of Butler College was offered in return for financial support. Still unable to eliminate financial ruin, the Butler campus closed in the summer of 1972.

For citation used for this webpage: Butler College citations.