The King of Ranches 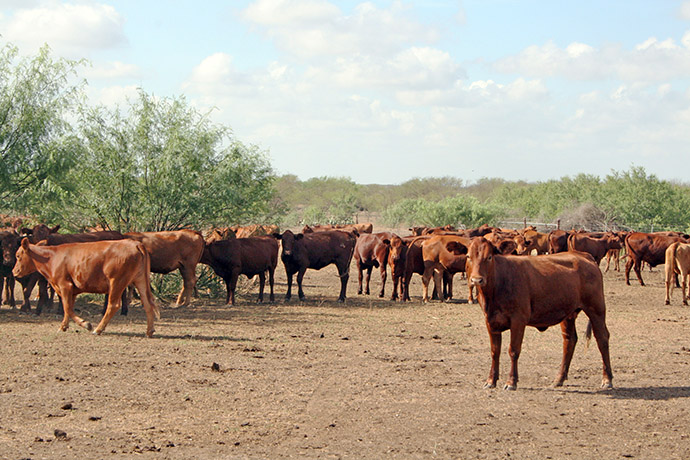 This article originally appeared in a 2009 issue of The Medallion.

Article and photos by Andy Rhodes, The Medallion Manging Editor

As unlikely as it may seem, America’s ranching legacy was revolutionized by a man who arrived on the Gulf Coast as a pre-teen stowaway. Richard King, who escaped from New York City in 1835 aboard a cargo ship, would subsequently commandeer steamboat operations along the Rio Grande and oversee a ranching empire that came to epitomize Texas’ mystique and heritage.

His namesake King Ranch in Kingsville remains a powerful entity to this day, sprawling across 825,000 acres (nearly the size of Rhode Island) and boasting an international influence reaching far beyond its initial agricultural endeavors. This legendary South Texas site, known as the birthplace of American ranching, is responsible for developing America’s first breed of beef cattle and, as a National Historic Landmark, it remains a significant heritage tourism destination. 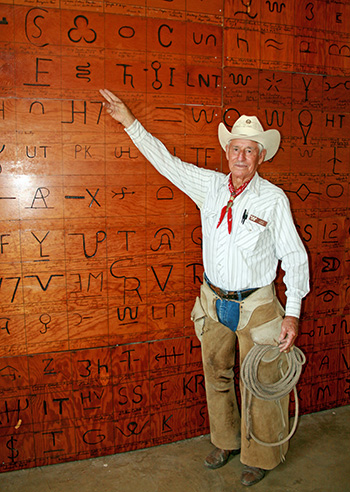 At the heart of the King Ranch are the Kineños (King’s people), a group of several hundred ranch hands whose families have dedicated their lives for generations to operating the property. From training horses to clearing fields to promoting the distinctive Santa Gertrudis cattle breed, the Kineños provide a vital link with King Ranch’s past and are responsible for maintaining its ongoing legacy.

Between 1869 and 1884, King sent more than 100,000 head of livestock from his ranch to northern markets via now-legendary routes like the Chisholm Trail and Western Trail. Many of these herds carried the iconic symbol for the King Ranch, the Running W brand, which first appeared in the 1860s and was officially registered on Feb. 9, 1869. Though the true origins of the brand’s distinctive shape remain unknown, popular legends claim it represents the sweeping horns of a longhorn bull, a slithering diamondback rattlesnake, or the meandering Santa Gertrudis Creek.

The cattle on these drives were mainly longhorns, but King Ranch would later gain a worldwide reputation for cultivating and distributing its own breed, Santa Gertrudis. Based on the name from the property’s original land grant, Santa Gertrudis were developed in the 1920s primarily by King’s grandson Robert Kleburg Jr. Kleburg and his team of breeding experts were determined to produce a line of cattle that could withstand the oppressive South Texas conditions: heat, humidity, and biting insects. To accomplish this goal, they selectively crossed Indian Brahman cattle with British Shorthorns to develop the Santa Gertrudis breed, an animal officially recognized as being 5/8th shorthorn and 3/8th Brahman. 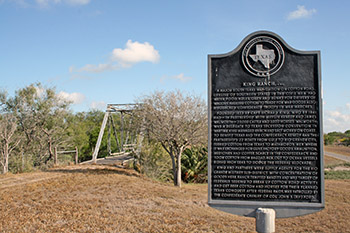 Tourism is another profitable aspect of King Ranch operations, particularly for visitors interested in ranching, cultural, and natural heritage. The ranch offers guided historical and agricultural tours, showcasing the significant buildings and areas that contributed to its inimitable legacy.

Highlights of the tour include the 100-year old carriage house with its distinctive arches and mission-style roofline and the nearby commissary building, with castle-like walls and a tower used by lookouts to defend the ranch from cattle thieves. The adjacent 1912 King home is an architectural marvel, but the private residence is inaccessible to visitors.

Other notable sights on the tour include the Victorian-era Kineño cabins collectively known as the Colony, up-close views of the Santa Gertrudis cattle with the iconic Running W brand on their hindquarters, historic and modern land-clearing equipment near one of the many ranchito (little ranch) sites, and the gravesites of the ranch’s prominent thoroughbred horses, including Assault. 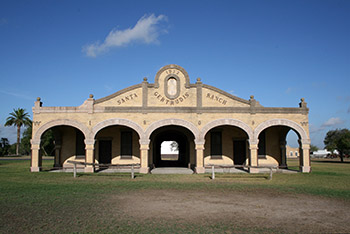 After the tour, many visitors continue their King Ranch experience a few miles away in Kingsville at the King Ranch Museum, which offers additional insight about the ranch through artifacts, videos, and photos. Another highlight is the 1949 Buick Eight known as El Kineño, a hunting car custom-designed for Congressman Richard M. Kleberg Sr. complete with gun holders and a Running W chrome hood ornament.