Artifact Spotlight: If You Can’t Retain the Heat, You Don’t Have a Chambers in the Kitchen 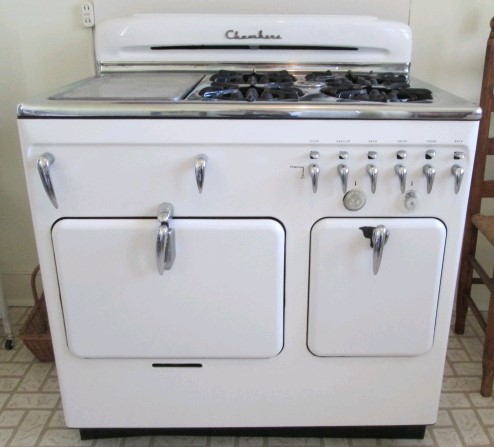 The great thing about the Rayburn home is that it is both historic and modern. The home is over 100 years old, but people today can relate to items in the house because the Rayburn family used the home until just before 1970—meaning our visitors or their families likely had the same kind of appliances or the same furniture as the Rayburns.

For instance, while not everyone who has visited the Rayburn House has worked closely with various presidents of the United States like Sam Rayburn did, they may have used the same kind of Dearborn heater as Rayburn. Even without a personal connection to the Rayburn family, visitors can still relate to people they’ve never met through our artifacts.

Probably the best chance for visitors to see items they recognize is in the kitchen and pantry. One of the biggest objects in either of these rooms is the white Chambers range.

John Chambers began the Chambers company in 1912 in Indiana, two years after he developed a new kind of gas stove. The company released a cookbook called The Idle Hour Cook Book that contained recipes specifically to go along with its products.

Eventually, the production of Chambers products ended. However, there are now refrigerators being produced with the Chambers name, according to the Chambers appliances website.

The four gas burners, including one that reaches 12,000 British Thermal Units (BTUs), were guaranteed to last 25 years. The cast iron, chrome-covered handles were also expected to last a quarter of a century. The griddle also works as a broiler, and a utility compartment is to the right of the oven compartment.

With all of these bells and whistles, the 41-C model has a net weight of 405 lbs. For comparison, the average weight of ovens today could range from 70 to 230 lbs. depending on several factors such as whether the oven is gas or electric, comes with a stovetop, is wall mounted, etc. Coming in at probably double the weight of the ovens and ranges we use now, it’s no wonder one of our visitors referred to the Chambers as a “hernia.” 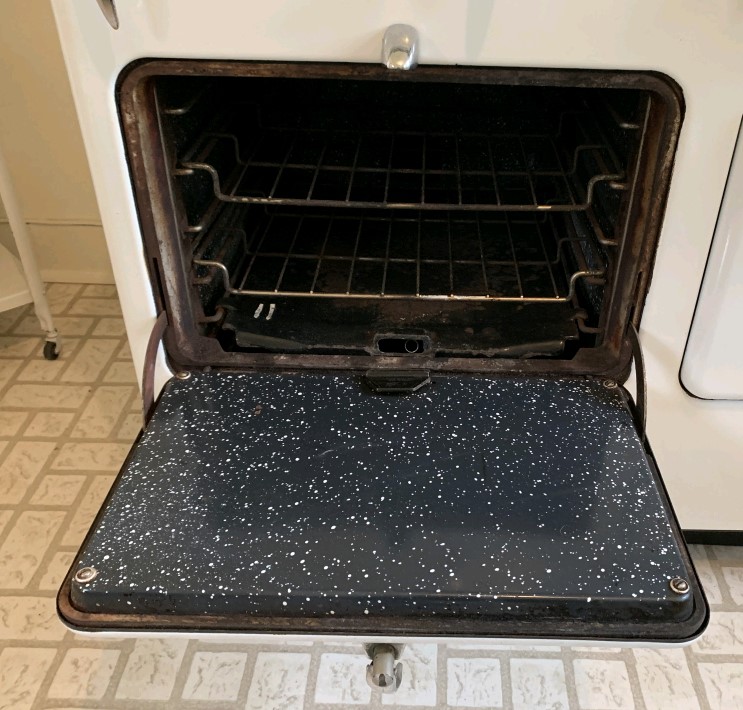 There is a written message at the top of the leaflet for the 41-C model. It states, “This is the range only it has a chrome top. Has great burner. Your cost, $229.95.” In contemporary monetary values, this range cost the Rayburns about $2,650 .

The range weighs as much as it does because it is insulated, making it retain heat. This insulation keeps the oven warm after the gas is turned off, which allows the user to save energy costs and keep food from going dry.

The insulation feature was such a selling point for the Chambers brand that the company provided a “Time, Temperature & Retained Heat Chart” for their ovens, which the Rayburns had as well. This detailed chart includes heat settings, minutes in the oven with gas on, and retained heat (gas off) minutes for everything from various kinds of roasts of various doneness (like rare or well done) to desserts and vegetables.

If you wanted to cook a five-to-seven-pound roast to medium, you’d put the heat at 500º, have the “gas on full with food in the oven” for 30 minutes, and then turn off the gas and keep the food in the oven for 15 minutes per pound longer. In comparison, you could cook a simple sheet cake with the oven on 375º for 20-30 minutes without needing to leave the cake in the oven cooking on retained heat.

Most ovens today likely retain heat, which is why you may continue to hear your oven’s fan going even after you turn it off—it’s having to cool down from all of the heat it produced. Based on an internet search, it appears that retained heat cooking is more specialized today, requiring certain kinds of equipment rather than being geared toward cooking in a “regular” oven.

I’m sure people who cook all the time could figure out how to use their conventional ovens the way Chambers did, with knowing how long to cook food with the heat on and then off, but it appears that companies that make ovens now aren’t providing special reading material to help their customers do that like Chambers did.

However, with people in the world becoming more conscious of climate change and energy costs, there are products available that use a retained heat method of cooking and that cost the same or less than a conventional oven. Such methods include solar ovens, wood-burning ovens, and various thermal cookers like haybox cookers or a wonder oven. 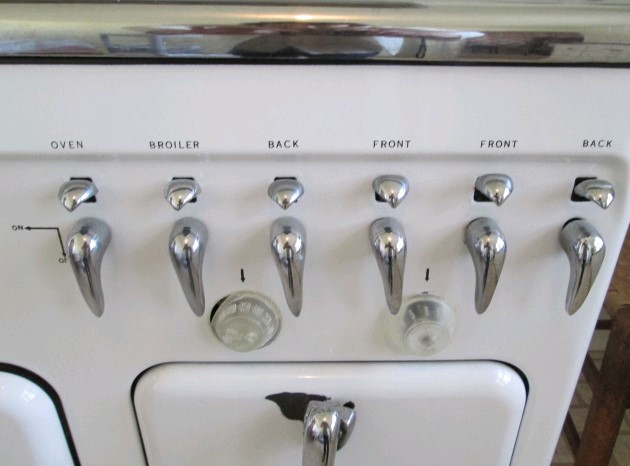 We cannot cook on the Chambers range at the house, but staff members and visitors alike can admire the craftsmanship that went into creating the range. With all of its knobs and chrome, the Chambers is a sight to behold.

Websites and YouTube channels devoted to Chambers ranges and ovens can give you some idea as to just how popular and beloved these products have become. Do you or anyone you know have a Chambers product lying around somewhere? Is it still in use, being repaired, or perhaps with a collector?

Stop by the Sam Rayburn House State Historic Site to take a tour and share your Chambers stories with us.